I know I skipped a month, but it was very tiring month and I wasn’t able just to sit and write, but now here I am, ready to share with you my favorite songs throughout the last month. There’s no much change, probably only the fact that I listen to k-pop a lot more than ever before. I totally and absolutely fell in love with all EXO songs and can’t stop listen to them. I also found some other bands that I like, but with not such impact. So, let me just switch to the music.

As I said, I listened to lots of EXO. I think I almost know every their song and as my last.fm profile and YouTube history shows me – I’ve listened their tracks around thousand times for the past month. The song I listened the most is “Electric Kiss” from their Japanese album “Countdown” and it’s totally and absolutely awesome. You must check it out for sure. Also, all their tracks are available on Spotify!

Still EXO, but not exactly. Some of EXO members have solo songs, mostly made for movies soundtracks. Such one is “Crying Out” by D.O., from the soundtrack of the movie “Cart”. It’s really touching and powerful song as well. I can listen to it over and over, also his voice is very specific and beautiful.

Recently I also liked the song “Scentist” by another Korean band – VIXX. It’s catchy and I remembered the lyrics of the chorus very easily. I don’t speak Korean apparently, but some songs can make you sing along even though you have no idea what you’re actually singing.

Never say never. Some time ago I said I’m not going to listen to BTS, but here I am, I fell in the trap. This song is everywhere and is so catchy, I continued to listen to it and added it to my Spotify playlist, but it’s just this one for now – “Fake Love”. I tried to listen to some of their other songs, but currently not my thing. Anyway, I’m gonna give them another chance in the future. Will see!

And last, but absolutely not least, my most favorite J-pop band released new album. This is KAT-TUN, of course and I couldn’t say no to new music by them. Their main track “Unstoppable” is playing on repeat since the moment I heard it for the first time. I may not be happy with the fact that they are currently just 3 members, but I’m going to support them no matter what. “Unstoppable” reminds me a bit of some of their older songs, to be honest, but for me this is a good thing.

Just like the last time, these are not all the songs, but just most listened and most favorite. And as I’m currently trying Premium account of Spotify and like it so far, I’ll probably be able to listen to a lot more interesting music, which I’ll introduce in the next month post. Also, I’ll be visiting rock festival in August, so it’s gonna include music other than k-pop and j-pop for sure. 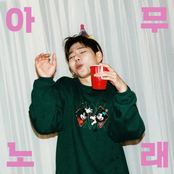 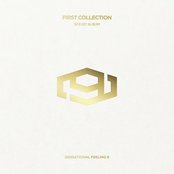 Baby You Are
Exo
17 mins 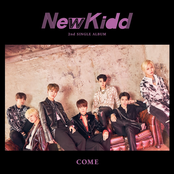