Apparently, I’m the person for doing all this charts that nobody else is going to read, but who cares. This time I’m here to talk about my top 13 favorite albums for the past year. And as I look at them now, they’re all k-pop albums. But yeah, that’s what I listened the most in 2018 and I’m glad I managed to find so good musicians.

The last half of the year was full of EXO – current members, solo members, ex members. But after all, they were chosen for a reason and they really can sing and in 2018 I really needed more melodic and soothing music. Of course, there’s more than EXO, and this is not going to become an article absolutely about them.

And without further ado, let’s jump to my favorite albums of 2018, as always from the last to the first.

I found VIXX on Spotify. One day my radio just continued on and “Error” played. I liked it and wanted to listen more. “EAU DE VIXX” is their latest Korean release and it contains of very good songs, the lead one being “Scentist”, which I liked a lot. Don’t forget to listen Japanese album “Reincarnation” as well!

I love love this sub-unit. EXO-CBX consist of Chen, Baekhyun and Xiumin and “Blooming Days” is their second Korean release with leading song “Blooming Day”, which is super catchy. It have a very strong sound and all the songs deserves attention. Except the main song, I like a lot also “Vroom Vroom” and “Playdate”.

NCT 127 got my attention with their song “Limitless”, but their first full album “Regular-Irregular” made their place in my playlist steady. I like the main song “Regular” a lot, mostly Korean version though, but also recommend “Knock On” and “Run Back 2 U”. They also released repackaged version of the album titled “Regulate”.

I simply love this album. It’s the 2nd mini album of the unit and consist of 8 songs, which are absolute masterpieces. There’s no single song I didn’t like, they are just that good. Except the main song I insist you to listen “RUM DEE DEE” and “Illusion (Obsessed)” at least.

I may be a little biased after I saw them live, but this boys are no joke and make really good music. This album is from 2017, but it’s just that powerful. I also recommend you to listen their latest “O.M.G.” as well.

Z.TAO or Huang Zi Tao is truly amazing rapper. This album is from 2016, I know, but it’s way too awesome to miss it. I kept listening to it a lot last year. My most favorite song is probably “Black White (AB)”, but the other 16 songs are also that good. Also, be sure to check out his latest songs “KOC”, “Miunderstand” as well. Check his whole discography better.

Monsta X are really a band to follow, let me tell you. They have a steady sound, which shouldn’t be missed. I especially liked their main song “Shoot Out”, but the whole album deserves a listen or two, or maybe thousand… at least.

Taemin is one of my favorite singers. I love him being part of SHINee, but also love his solo works as much. The album “TAEMIN” is for the Japanese market and consists of 43 minutes pure awesomeness. Check him out for sure.

GOT7 is one of the bands I follow for the most time. I’ve been listening to them since 2015 and I love their sound. “Present: YOU” is an album full of amazing music. Not only the main song “Lullaby”, but also “Save You”, “Sunrise”, Nobody knows” and actually all the song in here are just too good. The album have also repackaged version released last month and the new songs in there are also powerful. Check them out!

I simply fell for Kris Wu’s music. I like every single song in this album and I’m super happy that he made MVs for so many of his songs. I can’t name a single favorite song just because all of them are favorite songs for me. Check it out for sure! He sings and raps in English and in Chinese and it’s amazing.

This is Lay’s third album and I love it for it’s sound. There is 22 songs, which are ear pleasing and very entertaining. 11 are the main songs, the other 11 are all the same but in English. I love Lay for doing this for us, international fans. “NAMANANA” is a bop, but so other 10 songs as well. The intro with “The Assembly Call” leads us directly to the main song and the first released “Give Me A Chance”, and then we continue on to masterpieces like “Lay U Down” and we finish with the catchy sound of “Tattoo”. Good job, producer Zhang! Everything is amazing!

“Countdown” is the first Japanese album and had been released January last year. Since then it topped many charts for a reason. It consist of 10 songs and deliver exceptionally good sound. The main track “Electric Kiss” is more like pop sound, but in the album we can also enjoy some rock tunes from “Drop That” and have the amazing ballad “Cosmic Railway” to soothe our heart.

I guess there’s nobody shocked that “Don’t Mess Up My Tempo” is my most favorite album of the year. EXO are vocal kings and there’s no way I won’t like their songs. Here you will find 11 amazing songs, which have different sound, but every one of them is captivating on its own way. The lead song “Tempo” is masterpiece with its tempo variations, the mind-blowing acapella part and voice harmonization, also the beat that can make jump on your feet and dance along. The repackaged version “Love shot” provides us with 4 more songs, adding to this amazing and powerful experience. umber 1 for a reason!

Listen “Don’t Mess Up My Tempo” on Spotufy here and “Love shot” in here!

And here we are. We covered them all! There are way too many great albums and the decision was difficult, but I’m sure these were the best albums for me.

2019 already begins powerful and I’m sure that another amazing music year is coming our way! 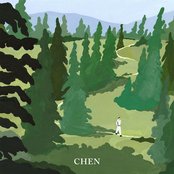 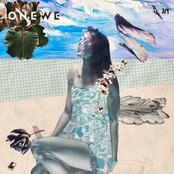 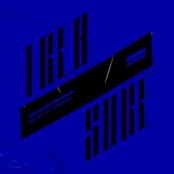 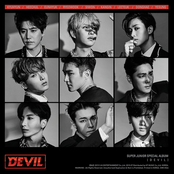 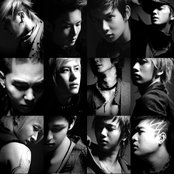 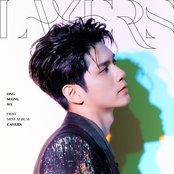